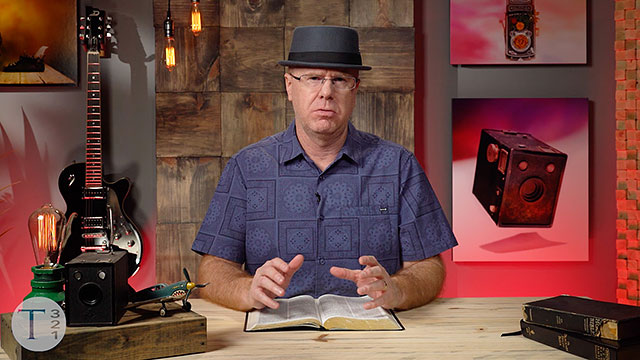 Origin of Islam: According to Secular History
The origin of Islam can be traced back to 7th century Saudi Arabia. Islam is thus the youngest of the great world religions. The prophet Muhammad (circa 570-632 A.D.) introduced Islam in 610 A.D. after experiencing what he claimed to be an angelic visitation. Muhammad dictated the Qur'an, the holy book of Islam, which Muslims believe to be the preexistent, perfect words of Allah.

Origin of Islam: According to Islam
The origin of Islam is generally accredited to the prophet Muhammad but to the devout Muslim, Islam began long before Muhammad ever walked the earth. The Qur'an was dictated by Muhammad but, according to the Qur'an, it did not originate with Muhammad. The Qur'an testifies of itself that it was given by God through the angel Gabriel to the prophet Muhammad. "This is a revelation from the Lord of the universe. The Honest Spirit (Gabriel) came down with it, to reveal it into your heart that you may be one of the warners, in a perfect Arabic tongue" (Sura 26:192-195). "Say, 'Anyone who opposes Gabriel should know that he has brought down this (the Qur'an) into your heart, in accordance with God's will, confirming previous scriptures, and providing guidance and good news for the believers'" (Sura 2:97).

The Origin of Islam: The "Previous Scriptures"
The origin of Islam is controversial. The "previous scriptures" mentioned above are the Hebrew Torah, the Psalms of David, and the Gospels of Jesus Christ (Sura 4:163; 5:44-48). The Qur'an accepts these books as divinely inspired and even encourages us to test its claims by these "previous scriptures." "If you have any doubt regarding what is revealed to you from your Lord, then ask those who read the previous scripture" (Sura 10:94). But this is where we run into a problem. The problem is that the Qur'an thoroughly contradicts the Torah, the Psalms, and the Gospels. For example, the Qur'an explicitly denies Jesus Christ's crucifixion (Sura 4:157-158) while all four Gospel accounts clearly portray Jesus Christ as crucified and resurrected.

One contradiction in particular has caused a great deal of conflict between Muslims and ethnic Jews and is thought to have been and continues to be the cause of much bloodshed in the Middle East. According to the Hebrew Torah, God made a covenant with a man named Abraham. God promised Abraham a child through whom He would fulfill this covenant ("the child of promise," Genesis 15). Abraham was at that time childless. His wife, Sarah, was barren. This of course made the promise very special to Abraham. But it would require nothing less than a miracle. Sarah, conscious of her condition, decided to help God out. She offered her maidservant Hagar to Abraham with the hope that Hagar might conceive and bear the child of promise. Abraham agreed to take Hagar as his concubine. She conceived and bore Ishmael (Genesis 16). God allowed Ishmael to be born but Ishmael was not the child of promise God had in mind (Genesis 17). God promised a child through Sarah, not Hagar (Genesis 17-18), and in due time God fulfilled His promise. "And the Lord visited Sarah as He had said, and the Lord did for Sarah as He had spoken. For Sarah conceived and bore Abraham a son in his old age, at the set time of which God had spoken to him. And Abraham called the name of his son who was born to him-whom Sarah bore to him-isaac." (Genesis 21:1-3) Isaac was the child of promise. Isaac later begot Jacob, the father of the twelve tribes of Israel, and the Messiah, Jesus Christ, eventually came into the world through the nation of Israel, fulfilling the covenant which God had made with Abraham. God also promised to give the land of Canaan (Palestine) to Isaac's descendants, the land which Israel possesses today (Genesis 12:4-7; 13:12-18; 15:1-21; 17:1-22; 21:1-14; 25:19-26; 26:1-6; 35:9-12).

The problem is that the Qur'an teaches that Ishmael was the child of promise (Sura 19:54; compare Sura 37:83-109 with Genesis 22:1-19) and so Muslims believe that God's covenant promises were meant for Ishmael's descendants, not Isaac's. Muhammad descended from Ishmael and so Muslims seek to lay claim to these covenant promises, namely the land of Palestine. Since Israel's U.N.-sanctioned return to Palestine in 1948 there has been unceasing hostility between Israel and her Arab neighbors, with major armed conflicts in 1948-49, 1956, 1967, 1973-74, and 1982. That Israel remains today is a miracle in-and-of itself.

What do you think?
We have all sinned and deserve God’s judgment. God, the Father, sent His only Son to satisfy that judgment for those who believe in Him. Jesus, the creator and eternal Son of God, who lived a sinless life, loves us so much that He died for our sins, taking the punishment that we deserve, was buried, and rose from the dead according to the Bible. If you truly believe and trust this in your heart, receiving Jesus alone as your Savior, declaring, "Jesus is Lord," you will be saved from judgment and spend eternity with God in heaven.

What is your response?

I am a follower of Jesus

I still have questions