History of Christianity: The Beginning of the Faith
History of Christianity -- how did it all start? Christianity started about 2000 years ago in Judea (present-day Israel) with Jesus Christ and His faithful group of disciples. During this period, Judea was a cross-cultural mecca of bustling cities and farms. The emperor of Rome was the ruler. The Jews at that time hated Roman rule -- it was but another reminder of the historical oppression they faced as a people. The polytheistic cultural beliefs of Rome were also pagan and intrusive to Jewish life. Some Jews saw that their only hope was to conform to this change. Others became religious zealots who formed pockets of guerilla resistance against Rome. Still others withdrew themselves into the Judean wilderness to study the Jewish law and wait for the eventual coming of their promised Messiah (savior). 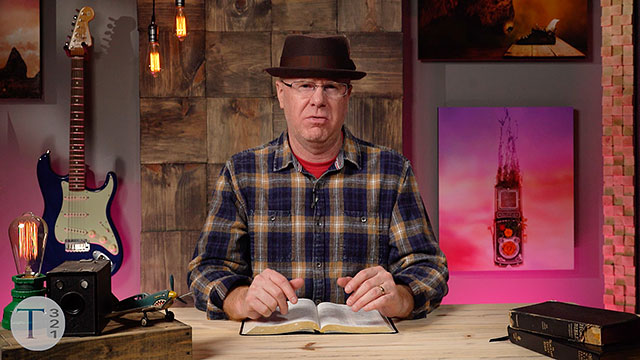 History of Christianity: The Arrival of Jesus Christ
History of Christianity -- With this cultural and religious backdrop, the ministry of Jesus began. Jesus was a Jew. He observed the Jewish faith and was well acquainted with the Jewish Law. In His early thirties, Jesus traveled from village to village, teaching in the synagogues and healing those who were suffering. Jesus' teaching was revolutionary. He challenged the established religious authorities to repent from their self-righteousness and hypocrisy and realize that the Kingdom of God is rooted in service and love. Jesus' teachings stirred the hearts of people and created instability, something the Jewish religious authorities feared. Soon, a faithful group of men began to follow Jesus and call him teacher. These men became His disciples. Jesus taught His disciples about the will of God and about the "new covenant" God will bring to humanity through Him. Jesus helped them to see that mankind is bound to the pain and futility of life as a result of sin. Due to sin, mankind lost its relationship with God. The purpose of this "new covenant" is to restore those who accept it into a renewed fellowship of forgiveness and love with God. What is this new covenant? Jesus himself would pay for the sins of all humanity by being crucified unjustly on a Roman cross. Three days later, He would rise to life, having conquered death, to give hope to a hopeless world. Well, it happened just as Jesus taught, and His disciples were witnesses to an amazing miracle. Their teacher, Jesus of Nazareth, died and three days later rose again to become their Messiah. Compelled by a great commission to share the love that the God of this universe had imparted upon them, the disciples began to proclaim this gospel of hope throughout the territory. Thus, from a small group of ordinary men that lived in a small province in Judea about 2000 years ago, the history of the Christian Church began, and the Christian Faith has since spread to the rest of the world. Their gospel message was simple: "For God so loved the world, that He gave His only begotten Son, that whosoever believeth in Him should not perish, but have everlasting life" (John 3:16).

History of Christianity: Foretold by Prophecy
Though most of the historical record for the start of the Christian faith is recorded in the New Testament accounts, the history of Christianity actually began with prophecy in the Old Testament. There are over 300 prophecies (predictions) that span over a period of 1000 years that are recorded in the Old Testament concerning the coming of a Jewish Messiah. A study of Jesus' life, death and background will show that He was undoubtedly the fulfillment of these Messianic prophecies. Thus, even long before Jesus walked the earth, His mission was made known to mankind through the Word of God.

History of Christianity: A Faith Based on Historical Fact
History of Christianity- did it all really happen? At first glance, the history Christianity's origin may seem like nothing more than a fairy tale. Many feel that it's just too implausible, and even intellectually dishonest, for people living in the 21st century to believe that these events actually took place. However, the Christian faith, unlike any other religion, hinges on historical events, including one of pivotal importance. If Jesus Christ died and never rose to life, then Christianity is a myth or a fraud. In 1 Corinthians 15:14, Paul exhorts his readers to grab hold of this central truth, that "And if Christ be not risen, then is our preaching vain, and your faith is also vain." The evidence for the resurrection is the key to establishing that Jesus is indeed who He claims to be. It is the historical validity of this central fact that gives Christians genuine and eternal hope amidst a hurting world.

What do you think?
We have all sinned and deserve God’s judgment. God, the Father, sent His only Son to satisfy that judgment for those who believe in Him. Jesus, the creator and eternal Son of God, who lived a sinless life, loves us so much that He died for our sins, taking the punishment that we deserve, was buried, and rose from the dead according to the Bible. If you truly believe and trust this in your heart, receiving Jesus alone as your Savior, declaring, "Jesus is Lord," you will be saved from judgment and spend eternity with God in heaven.

What is your response?

I am a follower of Jesus

I still have questions